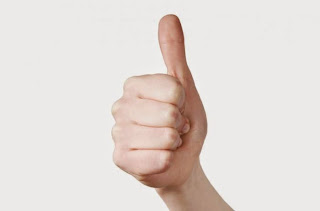 The men had been living with injuries to their brachial plexus, a network of nerves that begins in the neck region and connects to the majority of nerves responsible for controlling the movement of the upper limbs. Brachial plexus injuries most commonly occur in high-speed collisions or collision sports such as football or rugby.

Sustained as a result of climbing and motor vehicle accidents, the men's injuries had led to poor hand function. Prof. Oskar Aszmann, a developer of bionic reconstruction, describes such injuries as representing "an inner amputation, irreversibly separating the hand from neural control."
The new technique entails a combination of nerve and muscle transfers, amputation and the utilization of a robotic prosthesis that responds to electrical impulses in the muscles. Prior to amputation, the patients required a significant amount of cognitive training, supported with comprehensive rehabilitation afterward.

Prof. Aszmann, from the Medical University of Vienna, Austria, developed bionic reconstruction alongside colleagues from the University Medical Center Göttingen in Germany.

"Existing surgical techniques for such injuries are crude and ineffective and result in poor hand function," he explains. The scientific advance here was that we were able to create and extract new neural signals via nerve transfers amplified by muscle transplantation. These signals were then decoded and translated into solid mechatronic hand function."

Cognitive training consisted of learning to activate their muscles and then use the resulting electric signals to control a virtual hand. Following this, they would practice further using a prosthetic hand attached to their nonfunctioning hands. The patients spent an average of 9 months before their elective amputations undergoing this training.


'No limitations to prevent procedure being conducted at similar medical centers'

The scientists found that, 3 months after amputation, the robotic prostheses had given the patients significantly improved functional movement in their hands, along with less pain and a better quality of life.

Everyday tasks of varying complexity are now possible for the men. These tasks range from relatively simple actions, such as picking up a ball or using a key, to more complex actions requiring some finesse, such as using two hands to undo buttons.
"So far, bionic reconstruction has only been done in our center in Vienna," says Prof. Aszmann. "However, there are no technical or surgical limitations that would prevent this procedure from being done in centers with similar expertise and resources."

In a linked comment, Prof. Simon Kay - the surgeon that conducted the UK's first hand transplant - states these findings are encouraging as they provide additional neural inputs into prosthetic systems that would not exist otherwise. However, he believes overall success can only be determined over time:
"However, the final verdict will depend on long-term outcomes, which should include assessment of in what circumstances and for what proportion of their day patients wear and use their prostheses. Compliance declines with time for all prostheses, and motorized prostheses are heavy, need power, and are often noisy, as well as demanding skilled repair when damaged."

For now, bionic reconstruction marks an exciting new development in the world of prosthetics, and three men can attest that the new technique can make a difference, at least in the short term.