Physiotherapy as effective as surgery for treating some back pain 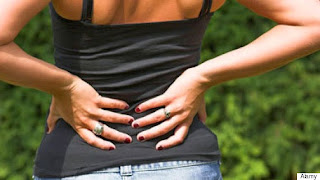 Back pain sufferers may find physiotherapy is just as effective as surgery when it comes to deciding upon treatment options, according to research from the University of Pittsburgh.

A two-year study published in the Annals of Internal Medicine concluded that physical therapy improved function and relieved pain just as often as surgery for patients with lumbar spinal stenosis, an anatomical impairment common with ageing.

Hailed as the first study to compare surgical and standardised physiotherapy outcomes for the condition, it involved a total of 169 patients aged 50 or over who were already due to have decompression surgery.

Participants were randomly divided into two groups: those who would go ahead with the planned procedure, and those who would instead go through twice-weekly sessions of standardised, evidence-based physical therapy over a six-week period.

Created by pressure on nerve roots caused by a narrowing of the spinal canal, the condition results in pain, numbness and weakness throughout the lower back and extremities. Decompression surgery is the fastest-growing treatment option among older patients.

Despite its surging popularity as a treatment option, researchers found there were no detectable differences between the surgical and physical therapy groups when examined after six months, one year and two years.

Specifically, the trial unturned no noticeable difference in how much the patients' pain abated and the extent to which function was restored in their backs, buttocks and legs.

Principal investigator Anthony Delitto, chair of the Department of Physical Therapy at Pitt School of Health and Rehabilitation Sciences, said patients typically do not exhaust all non-surgical options - such as physiotherapy - before consenting to surgery.

Email ThisBlogThis!Share to TwitterShare to FacebookShare to Pinterest
Labels: Physiotherapy back pain, LBP, Low back pain