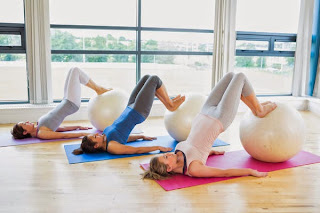 Preliminary results of a four-month clinical trial offer hope for the thousands of baby boomer men turning 50 every minute, with nearly 6-in-10 of them experiencing erectile dysfunction. Proving pelvic floor exercise can help turn back the clock on sexual decline, the study demonstrates that weighted resistance training improves erectile function in both healthy men and those with erectile dysfunction. The study extends to men the well-known research that Dr. Arnold Kegel conducted with resistance training of the female pelvic muscles.

Subjective measures indicated that study participants experienced improvement in sexual confidence and ability to please their partner. This finding further supports prior research regarding the positive impact of exercise on the human psyche and extends it to sexual performance.

About the Study
The trial was conducted by The Erectile Dysfunction Foundation and overseen by:
Paul Nelson, Clinical Sexuality Educator and Clinical Medical Assistant, Mt. Sinai Men's Health Center, New York. "Women typically get all the sexual therapy and none of the drugs, while men receive all the drugs but almost none of the therapy," said Paul. "This program combines solid medical intervention as well as heightens men's sexual awareness and connection to their bodies."
Dr. Grace Dorey, a leading expert on pelvic floor physiotherapy and author of numerous studies including the most significant study of its kind: Pelvic Floor Exercises for Erectile Dysfunction, published in the British Journal of Urology International in 2005. "This preliminary study proves that when men couple pelvic floor exercise with weighted resistance they experience improvement in sexual performance," said Dr. Dorey.
Study Metrics
The randomized study comprised 30 men aged from 24 to 65-years-old. Participants ranged from completely healthy men with no sexual dysfunction symptoms to those who reported mild erectile dysfunction, premature ejaculation, and decreased sexual performance. Participants in the study completed the Private Gym's Complete Training Program.