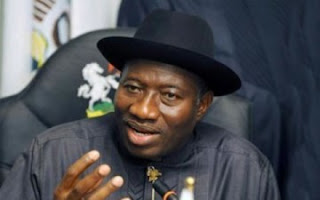 On September 18, 2010, while declaring his interest to contest in the presidential primaries of the Peoples Democratic Party, President Goodluck Jonathan had said, “Let the word go out that our health sector will receive maximum priority in a new Jonathan administration, a priority that will ensure maximum health care and stop our brain drain.”
If there was a crisis that exposed the soft underbelly of the health sector in Nigeria, it was the outbreak of the Ebola Virus Disease.

ADVERTISEMENT
The late Liberian diplomat, Mr. Patrick Sawyer, was the first case of Ebola to be confirmed in Nigeria since its outbreak in other parts of West Africa — Liberia, Sierra Leone and Guinea. Sawyer had arrived in Lagos on July 20, 2014, via the Murtala Mohammed International Airport.
Some experts have noted that the lack of preparedness of the country in dealing with infectious disease control may have been the defining factor of the administration of Jonathan, were it not for a stroke of good luck.

For veterinarian virologist and President of the Nigerian Academy of Science, Prof. Oyewale Tomori, the lack of an effective disease surveillance system in the country was one of the areas the current government was not able to tackle; although he noted that this problem was not only that of the Jonathan administration, but also of previous administrations.
Seven people died of Ebola in Nigeria. Although the World Health Organisation declared Nigeria Ebola-free in October last year, Tomori, noted that the country still has a weak disease surveillance system.
He said, “The case (of the Liberian) we found was by chance and not by preparedness. We still don’t have the system to detect diseases on time. We were lucky that the Ebola virus came from outside the country. But for quite some time now, the Lassa fever keeps cropping up every year and we have not done much about it.”

When contacted on the telephone, the Director, National Centre for Disease Control, Abuja, Prof. Abdulsalami Nasidi, said he was at a conference in Geneva, Switzerland. He said he would respond to our correspondent later. The NCDC, an arm of the Federal Ministry of Health, was established in 2010 to coordinate national health responses and intervention activities to prevent and control emergencies and outbreaks.

However, Tomori praised the current administration for its effort in the eradication of polio from the country. He said the country was doing something right in the fight against the disease.
“So far, from having about 200 cases for several years to having just one at the end of July last year is commendable. The country has not recorded any polio case in the last 10 months. This means the Federal Government has made substantial progress.

“But, we must also recognise that there are some parts of the country where we don’t have access to, like the areas where there is insurgency; we might not truly know the number of cases,” he said.
He also noted that the country, during the Jonathan administration, made great strides in the area of vaccination. “There have been some good measures also in the areas of vaccines and immunisation. It has gone up a bit, but it is not really substantial enough to be at the level WHO wants it. We are looking at 80 per cent coverage but we have not reached that yet.”

Some experts have also pointed out the several cases of lead poisoning in some parts of the country, most recently, in Niger State, where several children died. Tomori said this issue should be swiftly addressed by the incoming administration. In all, Tomori described the health sector under Jonathan’s administration as a chequered success, especially in tackling diseases.

He said, “I won’t say this administration has not done well, but I would give it a fair assessment. But as usual, we could do much better than we are doing. There have been great strides in tackling diseases, but there is still work to be done. For example, people still find it difficult to get vaccines in the rural areas, we need to address that.”

In the same vein, the President, Association of Resident Doctors, Lagos University Teaching Hospital, Dr. Ramon Moronkola, said the Jonathan administration recorded some milestone achievements in the health sector. Moronkola pointed out the passage of the National Health Bill and the National Health Insurance Scheme as deserving commendation, but said the country’s health sector still has a long way to go.

“The National Health Bill is a big plus for the Federal Government, because it addresses some health issues such as research and more. But I think there are still some contentious issues in the bill, such as seeking medical treatment abroad. It’s an area we need to look into. Nevertheless, the fact that government could sign the bill into law is a plus for this administration,” he said.
The National Health Bill was signed into law last December by Jonathan.

Moronkola further said the National Health Insurance Scheme was a good initiative by the current administration, noting that the scheme had only existed on paper before now. “Only a few Nigerians can afford out-of-pocket payment for health services. But with the NHIS, this can be tackled. It is a plus for the government,” he said.
However, Moronkola said there were drawbacks that needed to be addressed.
He said, “The drawback is that only very few Nigerians have access to viable health insurance. The government, cumulatively, has not been able to achieve 60 per cent health insurance coverage, it is still hovering between 20 and 30 per cent. That is not good enough for health development in the country. Our health care system should be on a needs basis not on an affordability basis, or Nigerians would not be able to access good health care.”

Beyond the issues in the NHIS, Ramon noted that the inability of this present administration to effectively address the incessant leadership crisis in the health sector was a minus for it. In his view, the health sector would continue to experience strikes by doctors and medical personnel if this issue was not resolved.
He said, “Generally, there has not been serious commitment on the part of the FG to solve the leadership crisis that has been bedeviling the health sector for a while. Government has not come out with a clear position or policy to resolve this.”

Under Jonathan’s administration, there have been several strikes by different health unions, with the recent one being the three-month nationwide strike by medical doctors under the Joint Health Sector Unions which was called off in February 2015.

In a piece published in SUNDAY PUNCH, the Deputy Secretary, Nigerian Medical Association, Lagos chapter, Dr. Peter Ogunnubi, noted that one of the ways the FG could have resolved the leadership tussle in the health sector was to pass the report of the Yayale Ahmed Presidential Committee on Intra-professional rivalry in the health sector. “Nigerians have suffered enough and should not be made to suffer any longer,” Ogunnubi noted.

Other experts noted that there was the need for the next administration to invest more in the training of health care personnel in the country.
The Director of the World Bank funded African Centre of Excellence for Genomics of Infectious Diseases at Redeemers University, Ogun State, Prof. Christian Happi, noted that this was exposed by the Ebola crisis in the country.

The correct diagnosis of the Ebola virus on the Liberian was successfully carried out in the laboratories at LUTH and ACEGID, which was then confirmed by the WHO collaborating centre in Dakar, Senegal.

He said, “Nigeria was able to contain Ebola, not necessarily because we were prepared, but it was a stroke of luck and good fortune.
“We were lucky that public hospitals were on strike when Ebola struck, if not, our case would have been similar to what happened in Sierra Leone and Liberia. Infection control is not taken seriously or applied strictly in our hospitals,” Moronkola added.

In the same vein, Happi also agreed that the passage of the health bill and the NHIS were good initiatives by the FG.
Other experts pointed out the provisions of more public health facilities for child and maternal care, as well as the need for the incoming administration to increase the annual budgetary allocation for health, which is still about six per cent of the country’s annual national budget.