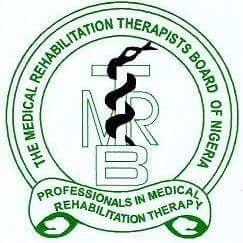 MRTB has officially released the proceedings and resolutions of the committee on  reconciliation of crisis in Nigeria Society of Physiotherapy. Remember we posted a copy earlier. The is the official report as released today 14/9/2017
Details below:

2. Formal inauguration of the committee was performed by the Registrar/CEO, MRTB, at the Boardroom of the MRTB Secretariat, Central Medical Library Compound, Yaba, Lagos, on Thursday, 18th May, 2017.

3. The committee swung into action after the inauguration setting out
procedure for her assignment.

4. Requests for submission of Memoranda on the real and remote causes of the crisis including ways of reconciling the groups/persons and resolving the crisis were sent out to the following:

a. The Presidents and Secretary’s of the two (2) groups identified to be involved in the crisis namely; The Nigerian Society of Physiotherapy (NSP) and Association of Clinical and Academic Physiotherapists of Nigeria (ACAPN).

b. All past Presidents of NSP.

c. Some Elders of the Physiotherapy profession in Nigeria.

5. Memoranda received from NSP and ACAPN and some interested persons were distributed to members of the committee for meticulous study and consideration preparatory to another meeting.

6. The committee met again on Tuesday, 5th September, 2017 to deliberate and harmonize their individual views. They were also to chart an agenda for an enlarged meeting of all the groups involved in the crisis.

7. the enlarged meeting of the committee with incorporated seven (7) representatives each from NSP and ACAPN along with the Registrar/CEO, MRTB, was held on Wednesday, 6th September, 2017.

8. At the meeting, the Registrar/CEO, MRTB, in her welcome address, appealed for the spirit of forgiveness, give and take. She further emphasized that the unity and survival of the Physiotherapy profession be given a priority. This was followed by the committee Chairman’s address, which set the agenda for the meeting.

9. The Presidents and chosen representatives of NSP and ACAPN addressed the audience. Free speeches were equally allowed from members of the committee and others present at the meeting.

It is heat warming to state, that the atmosphere throughout the meeting was cordial and free of rancor. Each group displayed unfeigned willingness to work together for peace, unity and progress of the Physiotherapy profession under a single united professional association.

10. At the end of the meeting, the committee’s resolution and recommendations were read to the audience without any opposition. The resolution is hereby attached.
RESOLUTION OF THE RECONCILIATION AND RESOLUTION COMMITTEE ON THE CRISIS IN NIGERIA PHYSIOTHERAPY PROFESSIONAL ASSOCIATION HELD AT THE MEDICAL REHABILITATION THERAPISTS (REGISTRATION) BOARD OF NIGERIA (MRTB) SECRETARIAT OFFICE ON WEDNESDAY 6TH SEPTEMBER, 2017

At the end of the joint meeting comprising the Reconciliation and Resolution Committee (MCRP) set up by MRTB, Representatives of the Nigeria Society of Physiotherapy (NSP) and the Association of Clinical and Academic Physiotherapists of Nigeria (ACAPN), it was resolved as follows:

1. Constitutional breeches were identified in the conduct of election at the NSP Conference held in Kaduna on 28th and 29th October, 2016, in the following areas:
a. Qualification of candidates with respect to their registration with NSP (as provided in the NSP Constitution).
b. Constitutional procedures for organizing a credible election.
c. Vetting procedure of candidates prior to the election.
2. Poor supervision by key officers responsible for ensuring strict adherence to the Constitution regarding the election.
3. Non display of list of voting delegates prior to the election.
4. Decision to boycott the election by some contestants and their supporters was considered inappropriate.
5. The atmosphere during the election was considered hostile for a smooth and fair election.
6. The role of a single individual serving as both Chairman and Secretary of the vetting committee was considered inappropriate.
In consideration of the above and in recognition of the fact that the breeches that occurred were solely as a result of poor supervision rather than the faults of the contestants, it was therefore recommended that:
1. A committee consisting of three (3) representatives from each group (NSP and ACAPN) and members of the existing MRTB Reconciliation Committee (MCRP) be set up within one (1) week to carry out the following functions:
a. Identify the real and remote causes of the breeches that occurred during KADA, 2016, election.
b. Recommend far reaching guidelines towards a Single United Physiotherapy Association in Nigeria.
c. Recommend appropriate reforms that will prevent future reoccurrence and ensure transparency/accountability in the running of Physiotherapy Association in Nigeria.

2. That each group (NSP and ACAPN) should prevail on their members and supporters to desist from inflammatory, uncultured and unprofessional postings on the social media as such actions will attract appropriate sanctions henceforth from MRTB.